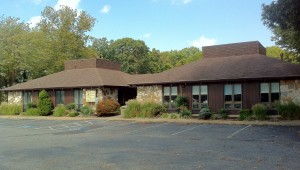 The asking sale price for this Southern New Jersey professional office space is $235,000 and the asking lease price is $18.00 sf/ gross plus utilities and janitorial.  There is abundant parking at this South Jersey office space at 8/1,000 sf.

In addition, this South Jersey professional office space is located at the intersection of Route 70 and Springdale Road in Cherry Hill and offers immediate access to Routes 38, 73 and I-295.  The Cherry Hill office space for sale or lease is within minutes of the Virtua, Lourdes, Kennedy, Cooper and UMDNJ health system facilities.

An average of more than 54,000 vehicles a day drive by this Southern New Jersey professional office space at 1910 East Route 70 and there are nearly 55,000 residents living within a three-mile radius of this South Jersey office space for sale or lease. 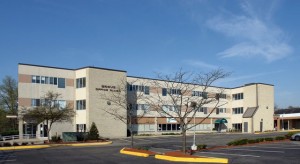 The asking lease price for this Southern New Jersey commercial property is $15.50 sf/ gross plus utilities and janitorial service.  There is ample parking at this South Jersey office space for rent at 4/1,000 sf.

“Though Hurricane Sandy, the election, and the threat of the temporarily-resolved fiscal cliff exerted pressure on businesses, investors, and consumers, there were signs of accelerated growth and reasons for optimism amid the overall climate of cautiousness,” said Jason Wolf, founder and principal of WCRE.

— Average rents for Class A & B product remained at the improved level they reached earlier this year, continuing to show strong support in the range of $11-$14.00/sf NNN with an overall market average of $11.00/sf NNN for the deals completed during the fourth quarter.

— New deals and expansion transactions of 235,000 sf for the fourth quarter was more than double the third quarter mark of 106,000 sf.

— Moorestown, Marlton and Mount Laurel (3M) continue to show strength, while a large share of the region’s vacancies remain in Voorhees, Pennsauken, and the west side of Cherry Hill. Burlington County continued to maintain a significantly lower vacancy rate than Camden County.

— Tenants continue to take advantage of low rental rates and are securing long-term lease commitments. The pattern of this flight to quality – upgrading to better locations and spaces – is expected to continue, especially among larger firms.

— All of the new major owners and REITS are showing a significant increase in deal activity and occupancy – both renewals and new deals – and are all cautiously optimistic.

Retail market highlights from the report include:

— Moorestown has issued its first ever liquor licenses, and PREIT acquired them in order to bring four new high-end restaurants to the Moorestown Mall.

— Overall South Jersey retail space vacancy is still hovering in the 17-18% range, but the market has stabilized, and prime retail locations have very little vacancy.

— The Haddonfield Road corridor, Route 70, and Route 73 are the prime destinations for retailers.

The report also anticipated challenges in 2013, with at least 250,000 sf of additional Southern New Jersey office space and Southern New Jersey commercial space vacancies expected to return to the market as Lockheed-Martin, Catalent Pharma, and others follow through on plans to downsize. But Wolf said that even this development could be positive, because large blocks of quality South Jersey office space and other South Jersey commercial space in excess of 30,000 sf have become scarce.

The full report is available upon request. 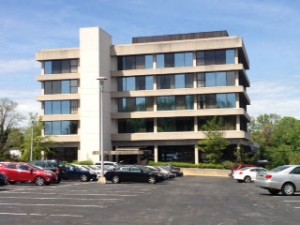 This South Jersey office space, located in a full-service mid-rise office building at 600 Cuthbert Boulevard in Westmont New Jersey Camden County 08108, is available in three configurations: 9,868 sf on the first floor, 8,615 sf on the second floor and an additional 9,800 sf on the third floor for potential expansion.

This South Jersey office space is adjacent to the Westmont Plaza shopping center as well as to several restaurants and banks.  This premier South Jersey Office Building is within close proximity to the PATCO High-Speed Line and Cuthbert Boulevard and offers easy access to Routes 38, 70 and 130 as well as to all bridges to Philadelphia.

An average of nearly 30,000 vehicles a day drive by this Westmont office space at 600 Cuthbert Boulevard and there are more than 140,000 residents living within a three-mile radius of this Southern New Jersey office space for lease. 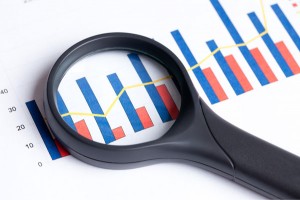 WCRE (Wolf Commercial Real Estate) is an industry leader when it comes to our deep knowledge about the commercial real estate market in Southern New Jersey and the Philadelphia region. We put our resources, relationships, and technology to work for our clients, so that each decision is made with the most up-to-date understanding of market conditions.

At the core of WCRE is a team of seasoned commercial real estate experts with an excellent track record in investment sales, tenant and landlord representation and corporate real estate transactions.  We specialize in South Jersey office space, as well as in retail and industrial properties throughout the Southern New Jersey and Philadelphia regions.

Our team of dedicated professionals is in place to provide the highest levels of commercial real estate research and information about Southern New Jersey office space and other Southern New Jersey commercial properties.  Wolf Commercial Real Estate is creating a new culture and a higher standard of service.  At WCRE, we learn about our client’s goals, make them our own, and integrate those goals into an enduring partnership.  We go well beyond helping with property transactions and serve as a strategic partner invested in our client’s long-term growth and success.

Join Lourdes Health System in this fully fit-out medical/professional South Jersey office space at 63 Cresson Road that borders neighboring Haddonfield, NJ.  Parking is abundant (5/1000sf) at this well-located Cherry Hill office space that is near the intersection Kresson Road and Brace Road in Cherry Hill and offers easy access to nearby Route 70 and Haddonfield Berlin Road. 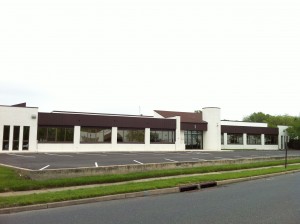 These South Jersey commercial offices, at 1 Allison Drive in Cherry Hill New Jersey Camden County 08003, have an asking price of $1.275 million or an asking lease rate of $10 per square foot NNN and are available for immediate occupancy.

An average of nearly 89,000 vehicles a day travel through the nearby major intersection of Marlkress Road and the Marlton Pike next to this South Jersey commercial office space.  There are more than 76,000 potential customers and employees living within a three-mile radius of 1 Allison Drive in Cherry Hill. 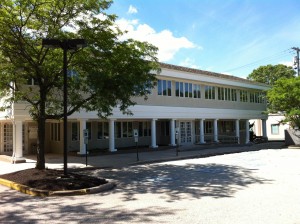 This South Jersey office space, at 875 Kings Highway in West Deptford New Jersey Gloucester County 08096, is available at an asking lease rate of $15.00/sf NNN.  You can lease anywhere from 1,000 to 9,000 square feet of this first-floor Southern Jersey professional office space.

The large parking lot and common areas of this Southern New Jersey office space for rent have been completely renovated and there are other significant improvements taking place at these South Jersey offices for lease on both the interior and exterior of this commercial office building.

Nearly 12,000 vehicles a day travel through the Kings Highway and Jessup Road intersection near this South Jersey office space and there are more than 62,000 residents within a three-mile radius.

This available South Jersey professional office space for lease is located directly across from the Westwood Golf Club and is within close proximity to both Underwood Memorial Hospital and the Gloucester County Courthouse.  In addition, this South Jersey office space for rent offers easy access to the New Jersey Turnpike, Interstate 295 and state Route 45. 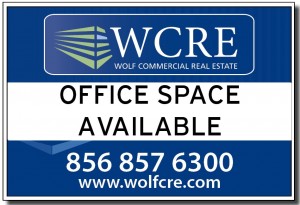 WCRE (Wolf Commercial Real Estate) is a full-service commercial real estate brokerage and advisory firm specializing in office, retail, industrial and investment properties. We provide a complete range of real estate services to commercial property owners, companies, and investors seeking the highest quality of service, proven expertise, and a total commitment to client-focused relationships. We value relationships more than any other aspect of our business. We’re connectors with the people, resources, properties, and partners that your company needs to achieve its goals.

Through our intensive focus on our clients’ business goals, our commitment to the community, and our highly personal approach to client service, WCRE is creating a new culture and a higher standard. We learn about your goals, make them our own, and integrate those goals into an enduring partnership. We go well beyond helping with property transactions and serve as a strategic partner invested in your long term growth and success.

Each WCRE client is treated as though they are our only client, no matter their particular need. Your goals become our goals. We understand how to think like investors, owners, and tenants,and we leverage our deep roots and extensive experience in Philadelphia, Southern New Jersey, and throughout the United States to connect clients with the properties, resources, and opportunities they need. 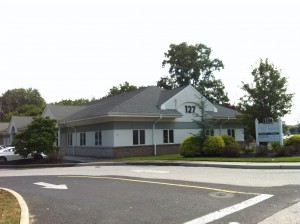 These recently constructed Southern New Jersey offices for lease at 127 Church Road in Marlton New Jersey Burlington County 08053 offer easy access to both Route 73 and Greentree Road.  Located in the Evesboro section of Evesham Township, this South Jersey office space for rent is in close proximity to Mount Laurel, Medford and Cherry Hill.

Your fellow tenants in these Southern New Jersey offices for rent in Marlton will be a pediatrician, dermatologist, OB-GYN, dentist, urologist and a podiatrist.  Your customers will find more than enough parking with 6/1,000 sf available spaces at this South Jersey office space for rent.

An average of 18,000 vehicles a day pass through the North Maple Avenue intersection near this South Jersey office space at 127 Church Road in Marlton and there are nearly 64,000 potential medical/professional customers living within a three-mile radius.